I discovered Martello Towers years ago on a trip to the east coast of Canada. We were heading for the Saint John to Digby ferry and arrived a little early in the evening with nothing to do. So I suggested we go and check out the Carleton Martello Tower. I saw a sign for it pointing up the hill and I was wondering what it was. Since it was evening the tower was closed, but I was able to come back another time and visit it when it was open. 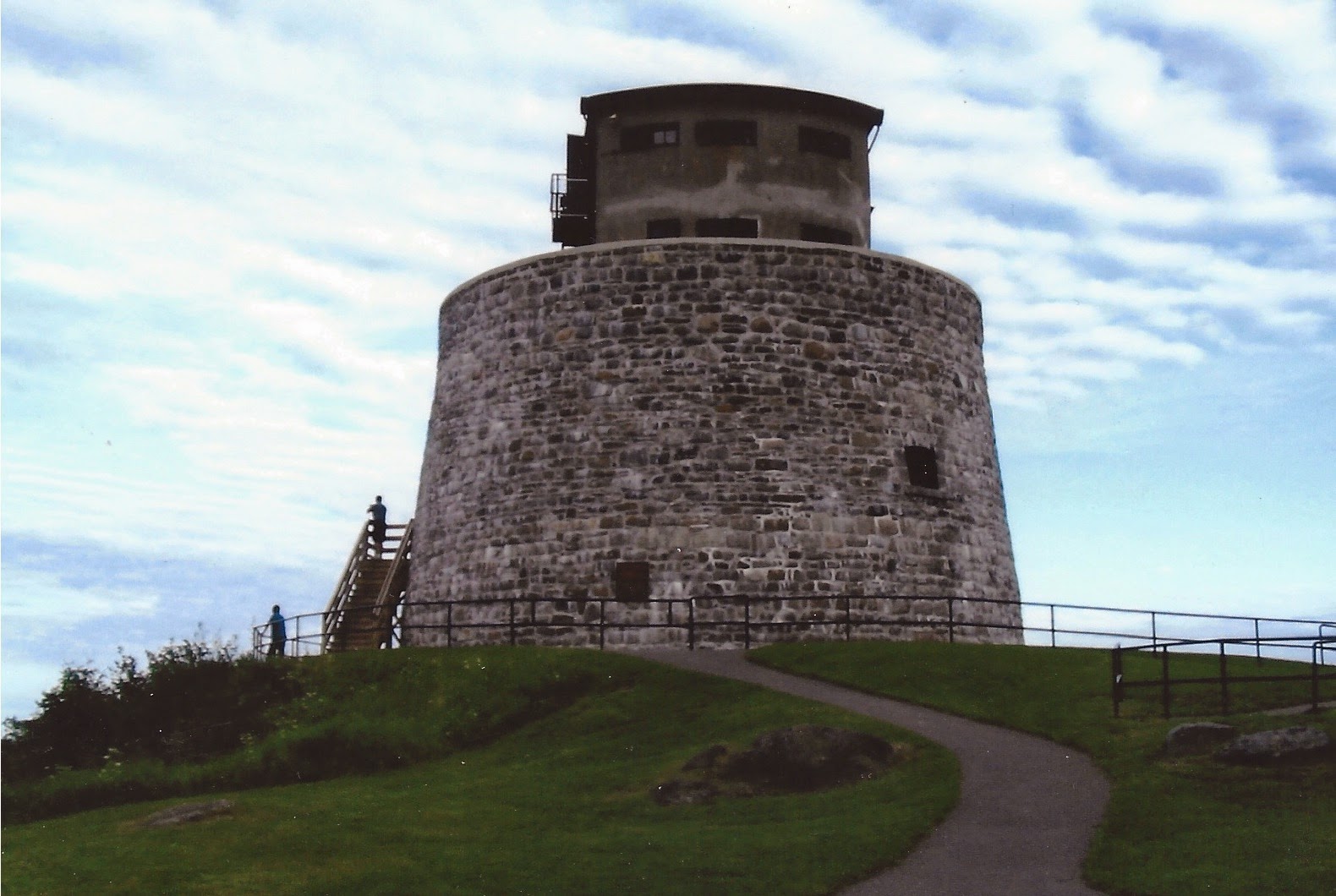 The concrete structure on the roof was added during WWII. It is ugly and should be removed. This Martello Tower was built to defend the Saint John Harbour during the War of 1812-1814. Construction began in 1813 and, since it took two years to build, it was not completed until the war was already over. It has been restored now and is operated as a historic site by Parks Canada. I have visited almost every Martello Tower in Canada that survives and this one has by far the best museum, great location and might be a contender for the most attractive tower if it did not sport that ugly top.
Link to the Parks Canada page for the Carlton Martello Tower here.
The best looking tower is the Prince of Wales Tower in Halifax. Originally there were five towers built here in 1794 by Prince Edward, the Duke of Kent, Victoria's father. He named them all after family members. This is the only remaining tower in Halifax. The Prince of Wales Tower suffers from a bit of neglect. You may visit the grounds at Point Pleasant Park. It appears from the Parks Canada website that there is a display on the first floor now. There was no entry on the time I visited it.  This tower has the distinction of being the only tower that was part of a fight. There was a famous duel fought on the grounds in front of the tower between Father of Confederation, Joseph Howe, and the son of Judge Haliburton (of Sam Slick fame), John C. Haliburton. Haliburton had taken offence to an article that Howe had published criticizing his father. Haliburton fired first and missed after which Howe fired his shot into the air and said "Let the creature live.". It would be lovely to see more done with this very cool tower. 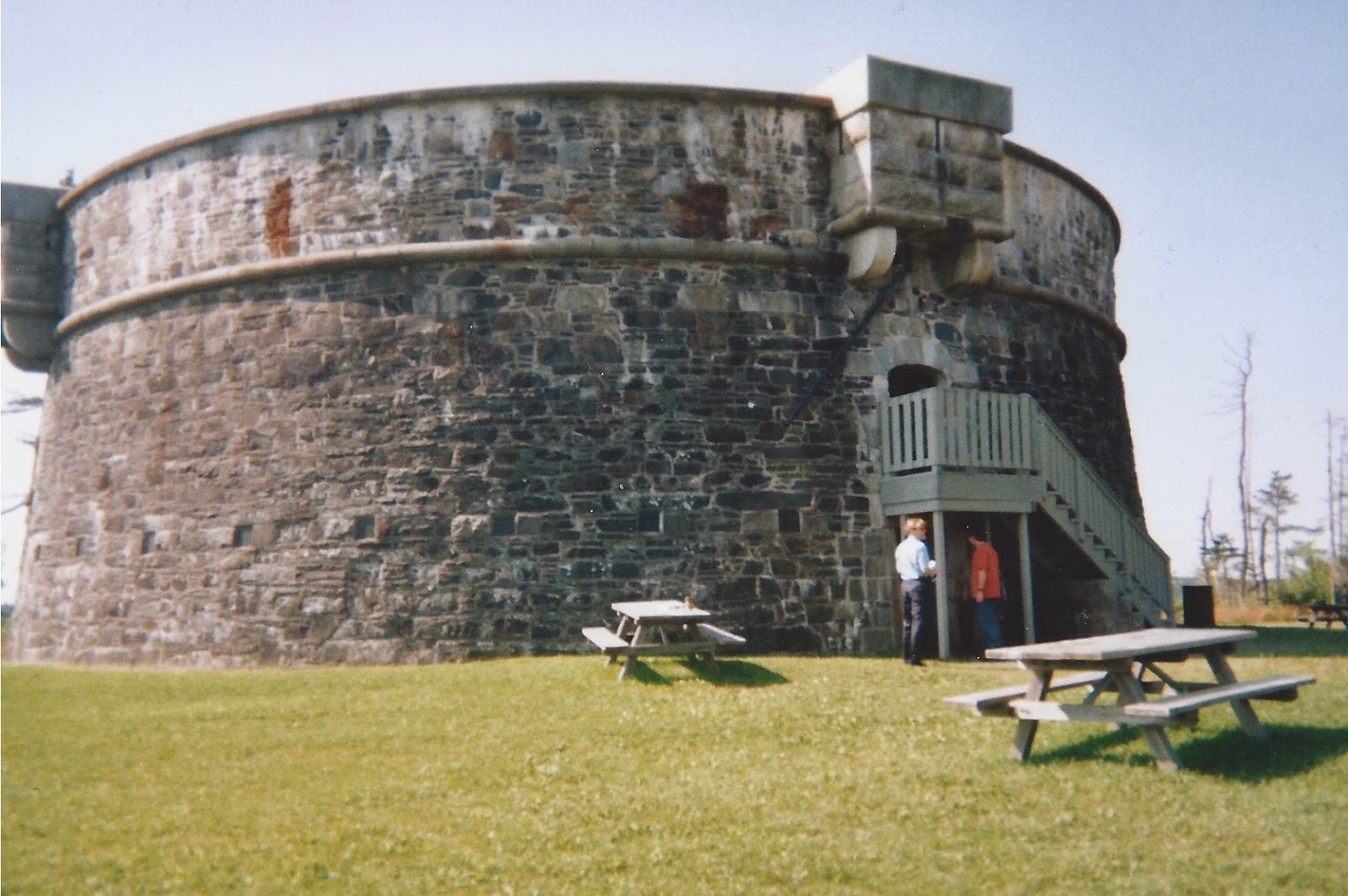 You may look at the pages on the Prince of Wales Tower at Parks Canada here.
The third tower that I am going to write about is Tower #1 in Quebec City. There were four towers built here and none were given a name. The tower was designed to be built quickly and, with a very small garrison, be able to keep up a very spirited defence in an attack by sea. So the first tower is placed correctly on the heights of the Plains of Abraham, overlooking the St. Lawrence. The other three were built inland in a line facing west, which is where the British command thought an American attack might come from. They were not completely wrong; the Americans did come at Montreal from the west and, had they succeeded, would have attempted to take Quebec City from that direction.
Tower 1 is a museum to the War of 1812-1814 and is nicely done and worth a visit. Tower 2 is now a mystery dinner theatre. Tower 3 was destroyed to make a new wing for a hospital that is now gone. The Mckenzie Pavilion of the old Jeffrey Hale Hospital is there but I do not know what it is used for. Tower 4 still exists but is vacant and not restored or visitable.
As an aside, Google Maps has placed the opera on the site of the second tower. Street view will show that this is wrong. The fourth tower is smack dab in the middle of Rue Lavigueur around 171.
The photo of Tower 1 below was taken by my father in the middle of the usual blustery Canadian winter. He lived in Quebec City for years and like many, did not know there was anything special about this tower. You might notice the cone shaped roof on it. This feature was peculiar to the Canadian towers only. They had a foldable roof which they put up in the winter to keep the weight of the snow from collapsing the tower. These would be removed in the summer so that the cannon on top could fire freely at anything approaching by sea. All three Quebec City towers and all six in Kingston, Ontario have this roof permanently placed on them. 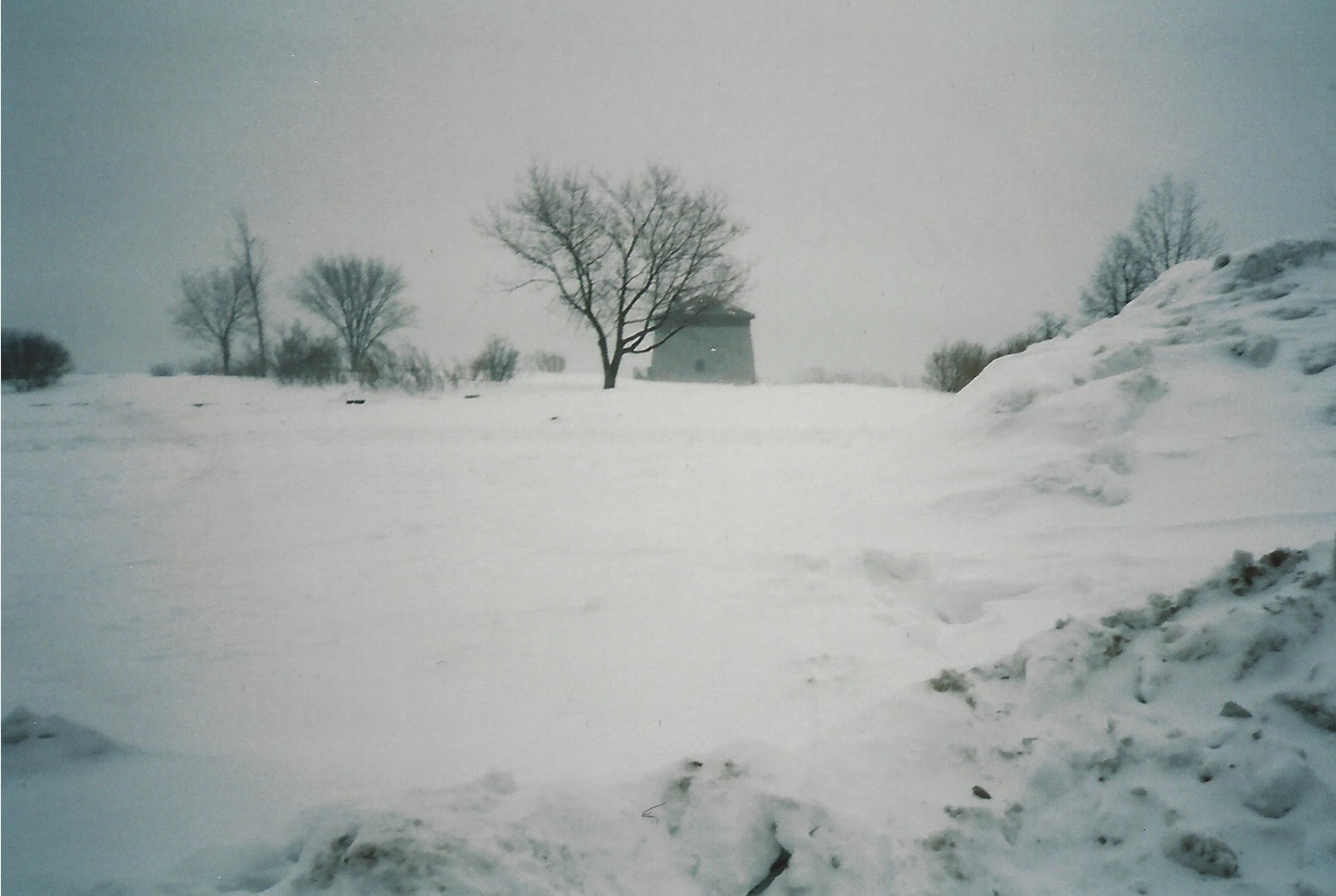 Gives you the chills just looking at that snow. The link to this tower's page is run by the National Battlefields Commission.
Posted by The Red Witch at 9:23 PM